The 2020 Dorothy Day Lecture at Emmanuel College featuring Patrick Radden Keefe has been postponed. A new date will be announced in future.

Patrick Radden Keefe is a staff writer at The New Yorker and an Eric and Wendy Schmidt Fellow at the New America Foundation. Previously the author of The Snakehead and Chatter, Keefe’s latest bestselling book Say Nothing is a stunning, intricate narrative about a notorious killing in Northern Ireland during the Troubles and its devastating repercussions. Keefe's work has also appeared in The New York Times Magazine, Slate, New York, and The New York Review of Books, among others and he is a frequent commentator on NPR, the BBC, and MSNBC. Patrick received the 2014 National Magazine Award for Feature Writing for his story “A Loaded Gun,” was a finalist for the National Magazine Award for Reporting in 2015 and 2016, and is also the recipient of a Guggenheim Fellowship. Say Nothing received the 2019 Orwell Prize for Political Writing and has been longlisted for the National Book Award.

In light of the continuing spread and impact of COVID-19, Emmanuel College has made the difficult decision to postpone Alumni Weekend 2020.
Event Details
See All Events 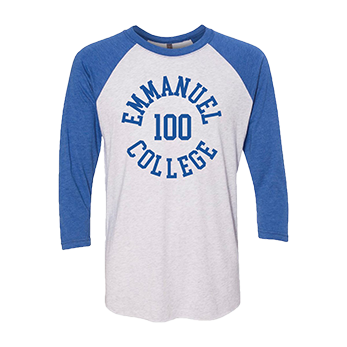